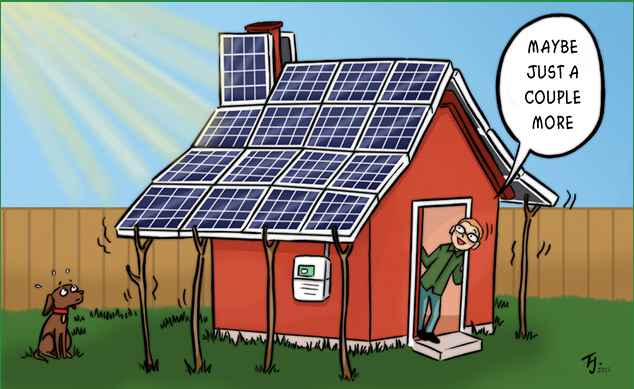 When you are considering the installation of solar panels, you will come across the choice of how big of a system you should purchase. It may be tempting to install a solar panel system that is going to produce the amount of power you are using in current time, or maybe even a little bit less than what you are using now. In this post we will share with you the top five reasons to oversize a solar panel system and why it makes comfortable sense, financial sense, and logical sense, among other reasons.

While on the surface this seems obvious, most people that don’t have solar panels installed use electricity with some level of reservation, whether they admit it or not. Comparing your current usage to your future usage once you install solar panels will leave you wishing you had more power. The reason for this is that the psychology of using electricity will change once you install solar panels. You will no longer have a second thought regarding the use of the AC (my AC has been going strong all day today, July 1st, 2019). You won’t be so quick to jump up and turn off a light as you once were. If you have a pool, chances are you will be running your pool pump more often and for longer periods of time – since pool equipment uses a lot of electricity.

No matter how you look at it, I would place a gentlemen’s wager that your usage will increase into the future, and what would have otherwise been “excess power” will no just be the amount of power you use. This is actually a known-human behavior that states ” energy efficiency improvements…lead to higher levels of energy consumption…”, it is known as the Khazzoom–Brookes postulate.

2. It is Cost Effective To Oversize the Solar Panel System

The definition of buying in bulk.

When you decide to install a larger solar panel system, it does not have a significant impact on the price when compared to the total cost of the system before adding two to three more solar panels. These additional panels may increase the cost by roughly $1,250 per panel and adding three more panels to the system is much less expensive than, say, adding the first 16 panels. The reason for this the cost advantage known as economies of scale, which states that as you purchase more of anything the cost per unit will go down. A perfect example of this is when you buy one bottle of water at    7-11 for $1.99 but you can buy an 18-pack of water bottles at Costco for 9.99.

Furthermore, if you decide to add on the additional three panels in the future, you are going to pay far more for those panels than you would if you had added them on the front end. Getting a crew of installers, running permit, design, and everything else that goes into the cost of installation would be spread over only three panels in this example vs 19 panels in the previous example.

When you look at cost from a monthly perspective, if you decide to finance, the cost becomes even more tolerable when compared to your current utility bill. An additional panel would run you between $8-14 extra a month but may save you more than that per month, especially if you live in an area where the first tier is more than .25¢/kwh.

3. Oversize Your Solar System For Future Use 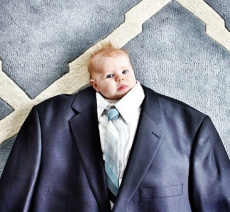 The thing about the future is that we can’t predict it, though we can say with a strong level of certainty that the cost of electricity will continue to rise. In the state of Georgia, there is an effort to raise the cost of power by 7%, which is paltry compared to California utilities. The same can be said about electricity rates in Iowa, they’re also increasing. In places like California where rates are already at record levels, San Diego Gas & Electric has already said they are 100% sure they will be the cause of a future wildfire, which will have to be paid for in terms of liability. Guess who’s going to be paying for it, it isn’t going to be their executives’ salary paying for it.

So what does this mean for your solar panel system? It means that if you oversize it now, you will have room to grow into the system at a later time as you finally decide to get an electric vehicle, or when you install an AC unit, or perhaps if your household size increases. What it comes down to is if you don’t pull the power from the solar panel system you will be pulling it from the grid at a higher price. You can avoid those future expenses by oversizing your solar panel system considering that the cost of solar is going to be fixed and the cost of power from the utility will only continue to rise.

Ultimately planning for the future is future-fitting your electrical needs with the purchase you make today so that you have it when you need it rather than wish you had it, or what is more commonly known as regret.

Regretting not doing something

If there is one thing that people do really well it is looking back at the past and saying to themselves “I should have done X differently” or “if I could go back in time, I would have done Y”. Solar panels are no different, and I know this from experience. I installed 125% of my historical usage, meaning I added 25% more power, well guess who regretted not adding more panels? Having the foresight to add additional solar panels today will save you the regret of not having done so.

What this means for you is that as your solar panel system produces less power, you will be buying more power from the utility company, at whatever price they are charging you, which in most cases is going to be a price considerably higher than the power coming out of your solar panels. Now imagine what power will cost 15 years from now when the utility has increased prices several times and now your panels are producing a little bit less power. The additional power you installed by oversizing your solar panel system will come in real handy right about then, not to mention with the other things you’ve been running in your house that use more power.

Buy Solar Panels With DroneQuote And Save

The beauty of buying solar panels, roofing, or solar panels and roofing through DroneQuote is that you will get the best price on your purchase plus you will get multiple quotes all in one fell swoop and all online. Forget sitting through multiple hours long presentations and instead save yourself the time, hassle, and money by using DroneQuote. Our industry-first method puts you in control and gives you before and after image from a trusted third-party that is looking out for your best interests. We help people buy solar & roofing so they can avoid getting sold. Get started for FREE at DroneQuote.net and see for yourself how easy we make it.

Signup to receive emails with all of the latest DroneQuote articles 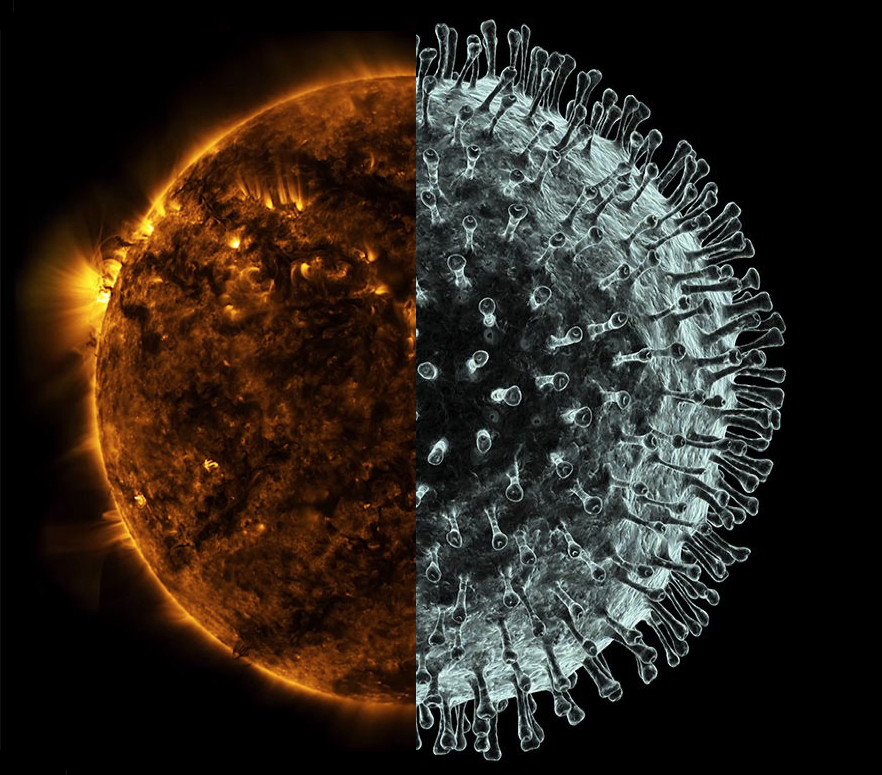 Coronavirus and solar. What does the Coronavirus 19 mean for solar? | DroneQuote 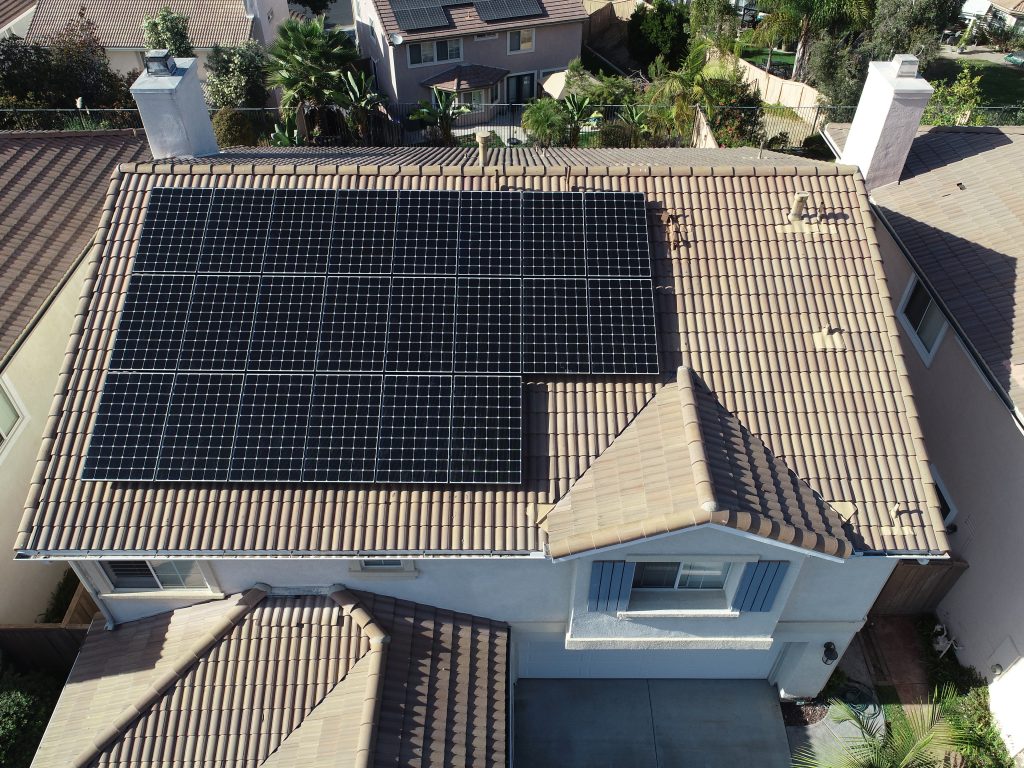 How Much Are Solar Panels In 2020 | DroneQuote 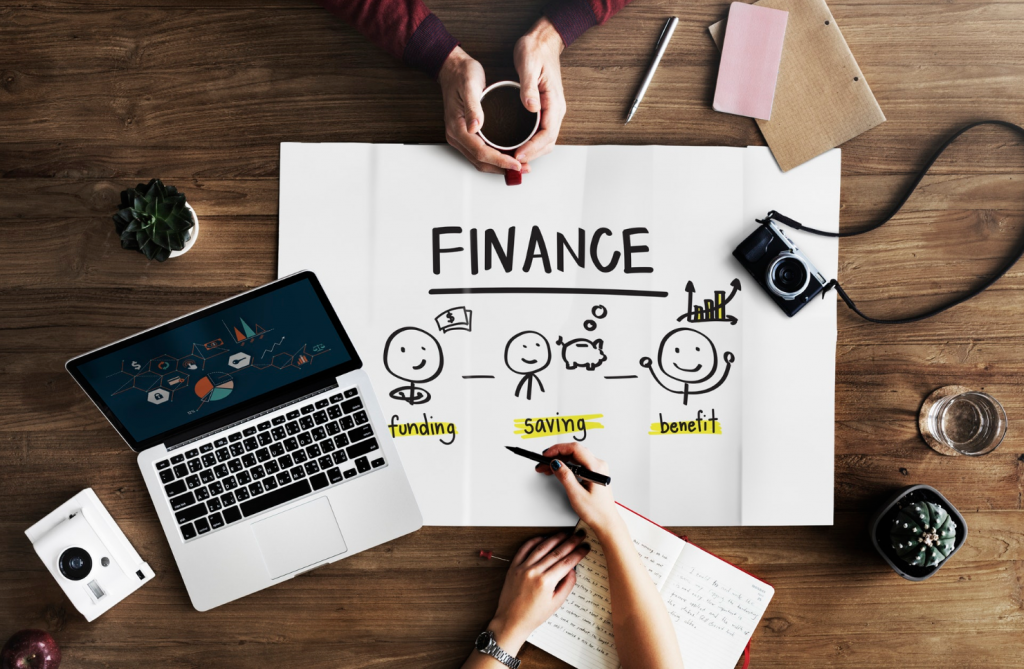 Solar Financing: The Most Bang For Your Buck In 2020 | DroneQuote

DroneQuote is a service
of Altitude Imagery.

* If flight restrictions apply in the airspace above or immediately around your property, DroneQuote does not permit the use of a drone. DroneQuote will still gather all needed electrical service and utility information as well as site conditions to get you your 5 accurate local proposals.

We value your feedback.

We want to tailor this service to our customers, so we appreciate and value your feedback.